KNITTING  I think - I really do - I think I've managed to knit one of the sleeves of That Da****d Orange Thing. It's been entirely knit top down style and attached to the body of the sweater without any horrible rippling and bunching - it needs to be blocked, no question about it and I can't keep a consistent gauge to save my soul but it looks like that top is going to have at least one sleeve!

Which is good because I have to finish it before I can start my next project and it is whimpering and pleading and carrying on so I'll start it. Not to mention the three pairs of socks I have on the needles.

At 10pm, Mad Men's new season starts, the final episode of Who Will Be the Next Food Network Star (I'm hoping that they all are forced to share a show. Lisa is a wee bit pretentious,  Adam is occasionally far too goofy and Aaron freezes) and In Plain Sight  just to make sure I miss something.

Monday: 9pm TNT The Closer.
Lost Royals on the PBS station at the same time looks good too.

Tuesday: Eureka's back! Eureka! I can hardly wait.

Wednesday: Project Runway (Blayne can stay. For a bit. He was so cutely apologetic when he was caught mocking Cheroin's Leatha mantra. It's such a change of pace to find someone in the wrong who doesn't go on the offensive but actually prostrates himself before her.)

Friday - Monk & Psych will have to wait until Dr Who and Stargate Atlantis are done with their season. (Really, until Saturday when they air sometime during the day)  Dr Who was Part One of Two and - [gnashes teeth] I will be SO MAD if David Tennant is"regenerated" off the show! I thought I couldn't get over Christopher Eccleston (I can't do it twice. Shut up.) But the next season of Dr Who doesn't air on BBC until 2010.Two -oh and freaking TEN. 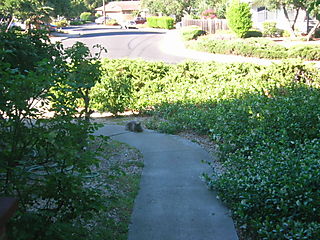 Shhh. Hez is stalking two birds hopping around the rose bushes. The better pictures are on the other computer, along with the pictures of Lambtown week ago Saturday.

I finally downloaded Firefox and solved all my problems with slowness on Ravelry and Typepad. The only thing I can't do is comment hallf the time at Musings of a Bookish Kitty. It endlessly loops on the word verification.

Oooh, I shifted Princess Hezekiah off of my hand (I like the blood to circulate, oddly enough) and she bit me. Not breaking the skin biting, but scraping teeth to indicate displeasure. Also the keyboard is too noisy.

Cross your fingers for me that I have an actual finished object soon! With SLEEVES!

And that I can get the claws out of my thighs.

Who knew sitting around a hospital would be so exhausing? But her shoulder surgery went well on Wednesday, we got there on time and I was home before Project Runway started. I can't believe that Blayne didn't get "auf'ed". That outfit was atrocious.

Yesterday was Continuing Ed or as I like to call it - Knit All Day. This was what I started with. 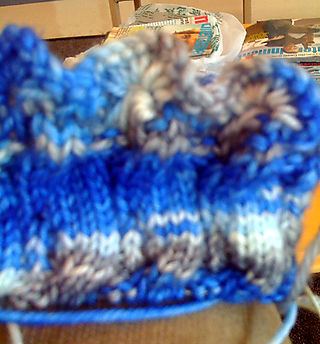 but not what I ended up with. The pattern and the yarn were competing and they're both too pretty to let that happen. Mash Up socks by Kristi and the yarn is The Moon is a Harsh Mistress hand dyed by Bellamoden.

I can't tell if those links worked or not. The insert stuck forever. If only Typepad would allow me to post a wee bit faster or even type. Gah. You know how my middle name is Patience? It's a LIE.

The bunny says "You can't catch me!" And he's right. But since it's the summer and he's hiding out eating the apricots, they're hoping to lull him by the time winter gets here. 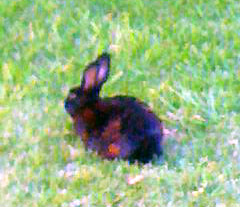 It was the bunny picture when I posted it. Weird.


Have a good weekend!

From Knitting In the Shadows:

From Knitting In The North:

See? Calming. Not Evil.
TELEVISION: At last, a weeks worth of TV worth noting (not that you'll be able to take any of my Sunday advice in the East, thanks to TypePad's continued "improvements". )
Sunday: 9pm:New Episode of Law & Order: Criminal Intent (although I hear Chris Noth is leaving and Jeff Goldblum is going to attempt to take his place. Fat chance.
10pm: A toss up betweenIn Plain Sight and The Next Food Network Star, of which I'm getting seriously addicted to. I wanted all five of them to win, but alas, Shane is OUT and only one of the remaining four can be [da dum] The. Next. Food. Network. Star.
Monday: The Closer is back! 9pm TNT. There's Ancient Ink on the History Channel at 9pm that looks pretty good too.
Tuesday: Mega Disasters on the History Channel at 10pm
Wednesday: Project Runway! Bravo at 9pm. I have heard virtually nothing about this show this season.
Thursday: Burn Notice.10pm USA  Bruce Campbell. Sharon Gless. Jeffrey Donovan. Gabrielle Anwar. Awesome.
Friday: Dr Who and Stargate Atlantis on the Sci Fi channel at 9pm and 10pm but also Monk and Psych on USA at the same time. Of course.
KNITTING: I learned how to knit a sock on two circs! It was pretty easy. Alas there are no pictures because 1. I took it with the  iPhone and I'm afraid to connect it to the computer and 2) there was  a bit of a learning curve and while I might have lived with the slightly too big scalloped edge, the two dropped stitches defeated me.
Now this is evil. Walking away from me. Plodding away, actually. 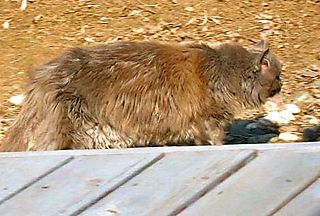 Oh, thank heaven. I thought I was much eviler than that. Found at - where else? Evil Incarnate's blog (aka Purling Dervish)

How Evil Are You?

Oh, I could have mastered the Dark Side but fear not, I have turned from Evil and am working my way back to Good. Lethargy and apathy help. It's also hard to knit while doing evil.

I also neglected to tag on my last post - I'm officially tagging The Knitting Moose, Everywhere Knitting, mumblings, Cottage46, moonfrog. and The nice thing is that you can take your pick of memes. 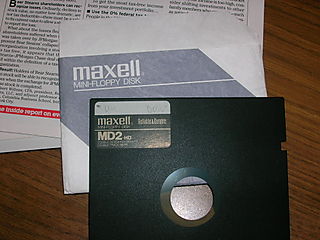 Anyone recognize this relic?

Found while cleaning out the office. I'm trying to think which computer and how long ago that floppy was actually used.

I snapped this picture on my way into work. 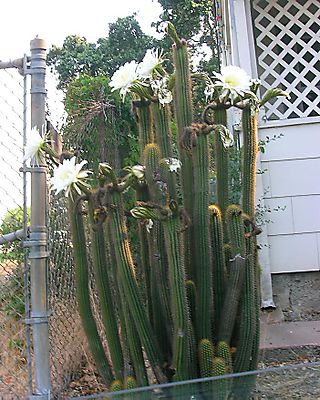 It's an annually booming cactus - I'd dithered about snapping a picture of it this time last year when nature decided for me and the bloom, as they say, was off. I was hoping and praying it wasn't a century flower.

There'd be knitting pictures if I'd finished the second sock. So very, very close, but no cigar. [Sole]. I'd stopped and started the Trellis Lace Washcloth just to teach the SS a lesson but it fooled me. The Trellis Lace body was easy but the lacy border baffled me. 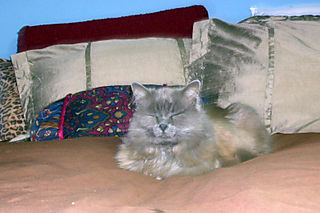 Hez sez: "I'm not looking at you. Why would you think that? Delusional paranoic." (Followed by someone injudiciously getting out of The Chair and losing said chair before I stood up fully. Cats are quick.)

Stolen from Good Girls Kill For Money Club (Authors, not assassins). (I think).

Tara tagged me way back at the end of May:

Bridget tagged me  with this one. Rules: You must answer the questions using only one word. Then tag four others

Courthouse Skies. Smoky. California is on fire. It's a little scary when you can't go outside because of particulates. I've never even heard the term in connection to air. Air that I breathe.

I have never been so happy to see blue skies in my life. The smoky pic was last week, the other was this morning.

Sock I was knitting on during Jury Duty:

Sock (12 st Ribbed Lace from Sensational Knitted Socks) started after deciding above sock looked pathetic and frogged it. I am however, deeply in love with the Eye of Partridge heel flap.

Sock as of this morning, modeling gracefully against the basil and ......some other herb.

It's only now I realize how much that resembles the Horcrux Socks (you'll have to scroll down). Oh well. The other sock patterns in my queue need a solid color or the cables/lace/patterns won't show well.

I'd post a pic of Hez but either no batteries work in my house or I really did break my camera dropping it off the bookshelf. I wouldn't mind terribly breaking the camera, I hates it. Any suggestions for a moderately priced camera that takes decent pictures of socks and cats?