Ten Is A Lot

Chartroose tagged me for a meme and against all odds, past practice and fate, I'm actually going to do this within a 24 hour time frame. Shocking, ain't it?

Well, it would have been.

The Rules: The rules are simple:  choose 10 favorite things beginning with a single letter of the alphabet and explain why you like them.  The only catch is that the letter is assigned to you by the person who wrote the post you’ve just read.

Uh oh. Let's see how quick I am to assign the letters.

My letter is T (because I am Terrific. Chartroose said so.)

That's one of ten. What's not to like about ten? Ten fingers to knit with, to turn pages, ten toes to count when ten fingers arent enough. Ten helps to scale unweighable options, as in on a scale of one to ten, a way to combat the homicide rate by counting to ten first, ranks everything from authors to hot guys to zoos in the Top Ten. Image taken from Lil Fingers Storybook Coloring site.

Poem found at  The International Virtual Institute for Historical studies of Mathematics.

2. Taxes.  I don't love paying taxes and I wish there was a dollar for dollar acounting for where exactly the tax dollars go but tax returns? Are fun. The deductions, the credits, there's a story behind how each one landed on your tax return and the little social tweaking that goes on.

3. Traffic: Techically I loathe and despise traffic. I've been known to go miles out of my way just to drive at a snail's pace so I don't SIT on the freeway. (Now if I was at a stop light, I'd probably pull out my knitting or a book. But on the freeway? I just fume.) But the last few months, there has been an eerie and somewhat terrifying dearth of traffic. Please tell me all those folks time shifted their work hours, moved out of state or are working from home, as opposed to, say, mass unemployment.  Pretty please?

Side note: Last night when driving out to Berkeley to meet up with Birdsong - who is as fabulous as you'd think, if not more so - check out the Triina she's knitting, that yarn is so soft. Also nupps are pronounced noops evidently just because Nancy Bush says so - there was plenty of traffic, particularly when I was on the frontage road by the Berkeley Marina with oncoming traffic on both sides of me. Yowza.

4. Tuna: Technically Sheba was the one that loved tuna but I must include it. She loved Bumblebee water packed tuna the best. Actually she loved the juice the best, the rest of it I could toss.

Hezekiah has not really hopped on the Tuna Love train (although she'll eat it, if it's fresh.) What she really likes are my spinach souffles but those are S's, not T's. 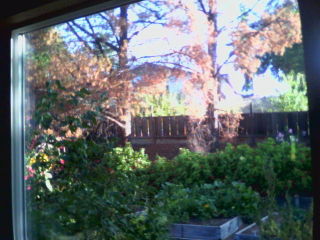 5. Trees. I LOVE trees. Look at my late lamented poor ghost pine trees. They were viciously attacked by pine beetles (who are currently working on the rest of the pine trees in the neighborhood -sob). To this day, the bluejay will occasionally hop around disconsolantly where his pine tree was and complain bitterly about its loss. We are in complete agreement.

There seems to be this dreadful conspiracy against trees lately. They're being lopped out of yards, shopping malls (the to better "see" the shops - any shop that felled trees, I don't frequent anymore).

And, at times, I can't see the forest for the trees.

6. Tomatos. There is no more glorious food than a tomato freshly plucked from your garden.

7. Tomorrow. My favorite time to do something. Which is one reason why this post is so darn long.

8. Time. No time left for me! On my way to better things........What's not to love about time? I just wish they'd perfect Time Travel. 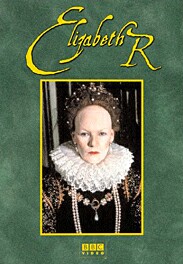 9. The Tudors. No list of T's would be complete without the Tudors. Now that's what I call a fun family. Glenda Jackson's Elizabeth R PBS miniseries began a fascination with British royalty.  Wow, Glenda Jackson is an MP now? And that series was shown in 1971? Huh.

Miss T, of the Mystery House of Yarn & Horrors, who graciously awarded me with the  Kreativ Blogger Award.

I'd be happy to give out a letter to anyone who's interested! But I warn you, this is harder than it looks. Just me? That figures. :)

Since I go to work before there's ever any traffic, I haven't noticed the lack of rush hour thing - but apparently it's been on the news here, too. :(

Wonderful T's. I has pine trees. On a lake. :D (I looked outside when I typed that and there is a beautiful pink cloud reflecting down on the water - looked better in person than in pictures) I love the Tudors too.

I am ToTTally with you on Tuna and Taxes :-)

Taxes? Really, Carrie, I know that taxes are a lot of what you do, but I can't agree with you there.

I totally agree that it's hard! I got a letter from Jennifer, and I'm struggling! It seems like some letters I have more things I can find than others. I'd be happy to get a letter from you too, though - but not D (or Q or Z, like I asked Jennifer! - Then again I guess I could think of Quiet, uh... Zither, okay, no Q or Z.

If pine beetles like elms too, can you catch a few for me ;-)

I love your T's! And throwing in the poem was the best part ...

Love it! Especially the poem.

Great list! I'm with you on the trees, among many others, but I think I'll forgo the assignment of a letter :)

Actually, I'll bet there are a lot of interesting tax stories - I hadn't thought of it that way before. We'll see how you feel about them in March, though. The poem was awesome. You sure can pick 'em! Happy Valentine's Day, Carrie!

Very interesting lists of T's. I never would have thought Traffic and Taxes would have ended up on the list. Well thought out.

I do love th ehistory of things, maybe I'll have to brush up on the history of taxes.

Love the poem! I've come to love traffic since I started listening to audiobooks in the car. The last 2 were the memoir by Steve Martin (Born Standing Up) and Garden Spells (think Alice Hoffman lite). Now I don't mind traffic nearly as much.

Sorry about your pine trees. I love trees too. One of the things that we liked best about our house was the huge elm tree right in front of it. Then within a month of moving into the house, the city came and removed the tree because it was showing signs of Dutch elm disease. It was a very sad day.

so what do you think about the showtimes "The Tudors" show? i can't remember if you're a fan or not.

I LOVE your T's but get a kick out of most people perhaps being appalled by your love of Taxes.

As in doing them. As in the history of why each deduction exists...I know. It's why I LOVED doing taxes (back before Reagan's revamping of the code at which point I said, "E-NUFF!")

Wonderful job with the meme. Agreed with many. The Tudors - perfect!

Be careful what you send to Marina, she might use them on her neighbor and you'll be an accomplice. ;)

Taxes? Seriously? Dude. OK, I guess seeing it's what you do for a living.

I think your list is pretty, terrific! Ha ha. Me so lame.

Hez isn't on the tuna train? Is she a dog in cat's clothing? I'm very impressed with your ability to come up with 10 Ts! I'm totally with you on the trees and tomatoes. I was just gazing longingly at the Gurney seed catalog yesterday.

Carrie- Chow fails to see the allure of the tuna train as well.

He just not into it.

Not just you. Not by a long shot.

My favorite? #7. I never would have thought of that...classic! I may regret this, but I'll take a letter from you. I'm attempting to be more positive lately...thinking of 10 things I like should help me with that goal!

Too bad about your trees.

I didn't know pine beetles were a problem in CA.
They (spruce beetles here) are a major problem having gnawed their way through more than a million acres.

But... it's much worse when they eat your personal trees!

Teabird gave me V last week, and I am still struggling to come up with more than one thing. I need to dive in today and give it a try.

Well, ok, I will let you send me a letter:) You did a very fantastic and thorough job! And, folks, she's even more fun in person.

Terrific T's! I'm tremendously fond of the Neruda poem, 'cause I adore Neruda. My cat is not so fond of canned tuna since it gave her a big, bad two-week tummy ache.

Totally terrific! Thanks for the Neruda. Hadn't read that one. And who was it did that song...? It's in my head now. :)

Brilliant! I love the Neruda poem, and tuna, and trees. You can keep your taxes and traffic, though.

What a great meme. Wyoming has a problem with pine bark beetles as well. They are horrible and impossible to get ride of. The only thing to be done is remove the infested tree and hope that the beetles don't jump ship before the tree is gone. Trees...I had forgotten how wonderful they are until we moved out here where there are trees. Great post, fun insight into CarrieK.