Insert Not Too Clever Title Here. Thanks for the Tip, Typepad. Gah. 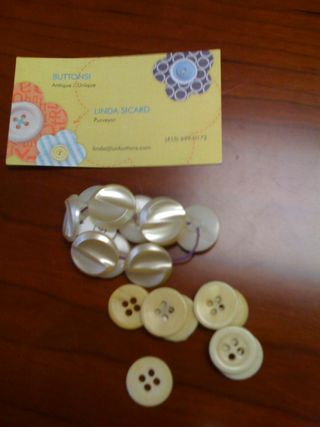 And because it's been a long long time:

TV: Not that' I've been awake the last week to watch much or understand any of it - was it just me or did Lost, *The Dollhouse or Battlestar Galactica make no sense whatsoever? This week the TV is going off at 10pm. Stupid Daylight "Saving" Time.

*The Dollhouse makes no sense to to me under the best of circumstances. I've grasped the concept, it's the relationships/point that eludes me.

Tonight (Sunday March 15) Kings has its two hour debut at 8pm. I'm really looking forward to this one.

Monday: 24. Finally, no one on the show that I have to flip the channel the second they appear, although the FBI couple are starting to work my nerves.

(The structure is the new Walnut Creek LIbrary. Eventually) 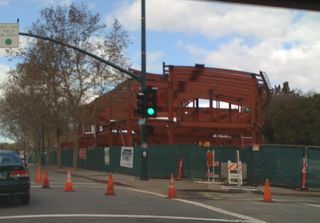 Thursday: Bones at 8pm and then heaven help me, Gray's Anatomy at 9pm. I hate myself but there you are. Plus it looks like Izzy is actually dying! Dying! Be still my heart.

Friday. Oh, Friday. Friday is a very sad, sad day. So. Sad. Battlestar Galactica is repeating their Monday (the 16th) special at 7pm and then the very final two hour season FINALE episode at 9pm. (I think they're airing last Friday night's ep beforehand which is very very nice because I have no idea what was going on. Thank you Daylight "Saving" Time. Everyone! Run up your heating and electric bills in the morning and DO NOT SHOP in the evening. 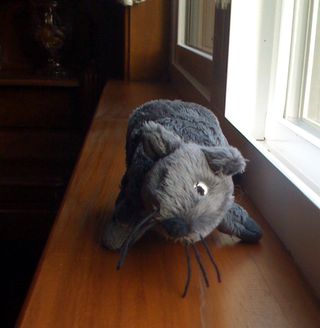 Somewhere in there is also endless hours of Senate/House/Congressional Hearings that I'm finding endlessly fascinating and Being Erica, a CBC show but airing in the US on  Soapnet. Fun premise. Her shrink sends her back in time to work out her issues.

There's been knitting but not much progress. I finally took Mary Tudor's sleeves off the two circs and onto dpn's thus decreasing the time it took me to knit one row from 30 minutes down to ten. I still can't believe it took me thirty minutes to knit one row of a sleeve. Practically at the cuff. Mind you, I'm a whole five more rows since last photographed but considering I'm working day and night and still actually reading some blogs (in the most haphazard manner EVER), not half bad. 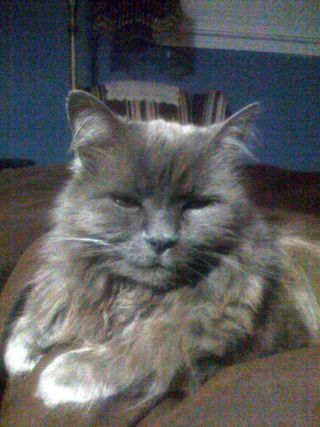 Hez sez "I know it's not a real mouse but it is fun to carry around and torment. Never in front of a camera though! The Oath of the Hunter, y'know" (which is very annoying, let me tell you - The Blog Photographer).

I like the topmost buttons the best. If it matters. Oh, H looks most wise and smug there, she does, she does!

Didn't you get some buttons for as well for MaryT?

I give that WC library another year before it opens. It's going to be really nice though.

My so-called busy season this year is v-e-r-y relaxed -- half time is apparently like that. Hez has some lovely color highlights in that photo.

Oh, no! Does this mean I missed an episode of Bones on Thursday last? Drat that DST; it just kicked my tush last week. Sigh...

I've been watching Being Erica as well.

Is it bad that I think Izzy leaving may be a good thing? Although Meredith and McDreamy seriously need to work on their shit. I didn't start watching it from the start, so I seriously need to start buying the seasons on DVD. Kings? Eh. It was o.k. I'll have to wait and see more. Usually they work out the bugs as the season goes on.

The buttons on top are especially nice.

I've heard it said that it's actually called a Scroll Catch Up Bar, mmm hmmm. Dollhouse, I suffered thru it twice, and gave up, because I love Josh, and a really good friend wrote and sings the "theme" song (tho they cut the whole song out for the purposes of the show - maybe that should have been my first clue) but, ok, premise aside, we come back to, do we really care? And can Echo make that confused/pained face a little less? I think Hez should be the star of that show, and that would fix everything! Some mouse jokes, and a dip into the personality machine, and she could be, uhm, well, she could be Hez all over again. Oh, and I like the plain little 4-hole buttons up there in your top photo...
P.S. it's only 8:44 and I have officially had too much coffee, I read back and was going to delete the whole damn thing, and then, thought, no I'll share my caffeine with Carrie

I thought I saw that Whedon produces Dollhouse, but doesn't write it. Big mistake, that.

What a lovely photo of Hez! She seems to be enjoying her solitude (or maybe she was enjoying actually seeing you for a change!). I don't get the whole two circs thing, but whatever works. I prefer dpns myself, but then I'm a traditionalist. Hang in there, Carrie!

I've been having such a hard time coming up with post titles lately. I like yours for this one. :-)

I'm loving LOST this season. It's been exciting--and I can't wait to see how it all wraps up in the end.

My older cat, Parker, has been extra cuddly lately. I'm taking advantage of it while I can. :-)

Have a great week, Carrie!

I still have mixed feelings about Dollhouse, but I do find it fascinating. I'm curious to see where it goes.

Hez is so sweet - I want to tunnel into that fuzz...
What IS it with DST? 1 meazly hour and I'm blown away by it.

A creeper? Or crawler, but that's in the news game. May be different on normal tv.

I think Izzy is going for good because the actress who plays her was whining about the writers. Never a good thing to do.

I think Hez needs her own blog!

I'm assuming that you are doing lots of KNITTING while you are watching all those shows, right? I think the best way to watch LOST is by buying the season DVDs and watching them all back to back - love that show!

I used to live in WC many years ago and graduated from Ygnacio Valley High School with a class of 997 students!

I love coming here and reading about the TV I might miss 'cause I don't pay attention. Last episode of Battlestar? I know I missed a season or two but Last One?!

Hez is gorgeous! Cameras scare the prey, don't you know?!

i've got such mixed emotions about BSG. /sigh

but dollhouse? it's all love for dollhouse.

I cannot wait for Lost this week! I loved the last episode, Sawyer was awesome.

Looks like the new WC library is going to be huge! I'm going to have to start watching that scroll catch up bar because I have to idea what's happening on Lost. I can follow Lost on Mars, but of course it's getting canceled.

Love the picture of Hez. I think she and Kiki were sisters in another life. Very similar personalities.

Hez looks serene after a hard day of hunting.

So, tell me about Kings? What's it about? There is so little good out there on TV these days, *sigh*. I'm still miffed about Jericho, after a year. Go figure.

Carrie- Aw, Hez and her mousie, how sweet!

I don't believe it actually is their last, I think they are goign to say its the last episode then continue it for another season.

Oh Hez, you are looking soooo snooty and I do mean that in the best possible way. Mr. Cheddar.

PS: Mom (that's Geraldine) says to tell your mom that she is back to knitting and crocheting in a big way and that is due in part to being inspired by your mom. Go figure those humans eh?

Hey, Carrie, we all know you're a snob, but we like you anyway.

Hez says, "What do you think I am, a DOG? I'm not going to pose with mousie just because you want me to!

I love Being Erica! Will she change her past enough to alter her brother's fate?

Most of my faves are on Showtime. Yeah, I know. Got it for the L Word (a show even straight girls can love), which just had the series finale (waaahhhh). Despite vowing not to get sucked in by other shows, I got sucked in. United States of Tara. BizARRE. Love it. The Tudors. Edie Falco's new show looks rad, too.

One show I wish would hurry up and die already is ER. I used to love it, but this last season is like watching a terminal illness without being able to pull the plug.

Oh by the way--you have been nominated for the Kreativ Blogger Award! Visit my blog at

for instructions and to receive your badge!

I hate myself too for continuing to watch Grey's. But I still do it. Sad I say. Sad. Aw, Hez :)

I'm inclined to agree with you.
http://www.rapidsharemix.com