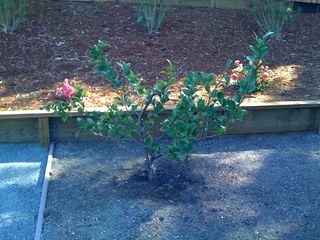 Isn't it entrancing how the same numbers can come up with different sums each of the six times you add it up?

Did I say entrancing? I meant maddening. 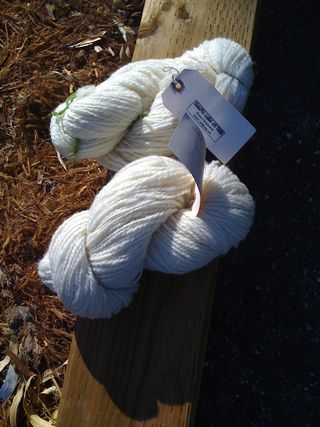 A Tale of the Cats

See what my darling brother brought me from his foray into Sheep & Wool Festival land - wool from Crabapple Llamas and Fibers! They don't seem to have a website or I'd link them. Very nice! Neutral color too, just like I like. Now I just need to find the perfect project for them. Isn't he the sweetest? A yarn bowl came separately - once I figured out what it was, it was very cool! (I was expecting a wool bowl so the ceramic-ness of it threw me off.

Hezekiah was not amused by the appearance of the well fed raccoon at the back door last night. [She went to her food in the kitchen and hoovered all of it. Just in case]. I banged on the window and pulled out Dad's old police whistle because while it's hard to discourage raccoons, they really prefer a more peaceful environment. Cross your fingers he hangs out in Linda's garden across the street instead. Except, no. Her cat Dusty is an outside cat. Fine. The raccoon can go back into the hills). 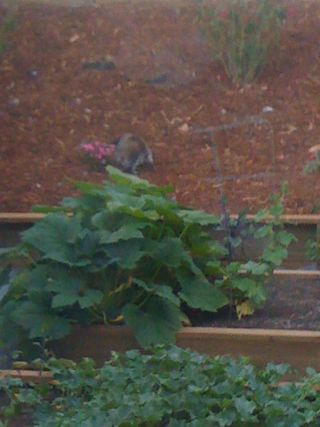 Ten On Tuesday (well, it WAS Tuesday)

” Ten things you love about where you live.”

1. I can drive to the ocean, the San Francisco Bay, Tomales Bay or the Delta in a little more than an hour.

3. My county has a fabulous intra-library lending system and a great selection of books and audio. (Check out the new library opening in Walnut Creek tomorrow.)

4. Quirky independent bookstores - Serendipity is the one that I think of most as quirky. That bookstore as to be seen to be believed. The owner has pancreatic cancer and the last time I was in (end of June) they weren't sure they'd be open the next Monday. Lafayette Bookstore is closing its doors and taking it to the streets.

Bay Books always has what I want (except for the Mary Stewart books. I'm a little bitter I can't find them. Mickey Spillane, sure. Scratch that, I could find most of them except Nine Coaches Waiting and Gabriel Hounds. Good thing I have that nice intra-library loan thing.) (As it happens, I'm on a Harry Dresden bender now two more to go before I get to his latest adventure! The exciting thing about reading them in random order is finding out - wait. Spoiler stuff. Never mind.)

OH NOES! They're closing! In a month. This is getting scary.

5. Tourists. They're always amusing and sometimes a lot of fun.

6. The ferry at Jack London Square - maybe cruising around the Bay Bridge and Angel Island and Alcatraz help but the ferry itself is fun.

7. Free concerts in the park all summer.

8. Mt Diablo. There is nothing better than driving to the summit and surveying the Golden Gate Bridge, the Delta and the environs [provided it's not cloudy, on fire or raining].

9. The weather. Micro climates mean that it's perfect somewhere close.

10. The plays. I'm partial to the California Shakespeare Festival [CalShakes]. 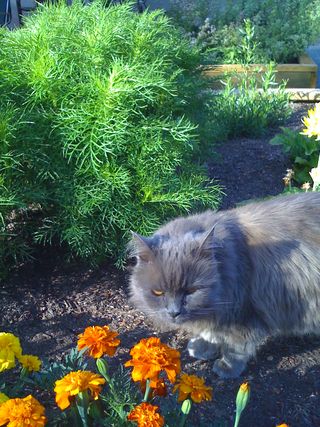 It happens that one pronounces

A few words just for oneself

Alone on this strange earth

then the small white flower

the sprig of stubble

at the foot of the gate

which one opens slowly

to enter the house of clay

blaze in a sun of glory.

I Write Like by Mémoires, Mac journal software. Analyze your writing!

Hmm. I wouldn't have guessed that. Found on Book-a-Rama.

Your brother did very well. What a lovely yarn.

Do you have a micro-climate that is not HOT! right now? Cause I'm ready to load up the car and come visit if you do. Summer has lost it's charm.

Arthur C Clarke? You're the first I've seen who had that result! :)

It does sound like a wonderful place to live!

Oh, that yarn looks lovely! What a nice brother.

I pasted three of my blog posts into the "I write like" site and received three very different results -- David Foster Wallace, J.K. Rowling, and Vladimir Nabokov. I think it may be a "random author generator"!

It told me I write like David Foster Wallace, which I then had to look up since I am far from well-rounded....well, knowledge-wise, anyway. Interesting.

What a nice sibling! Nice yarns.

Wow, your brother is amazing! Lucky you.

Love the picture of Hez, by the way.

Bestest best Hez pic, ever! And, I can't even come up with 3 things I love about where I live. Don't be surprised if you find me on your doorstep with a suitcase, one day.

I was never good at riddles like that mousie meat thing.

Back to annoy. I write like David Foster Wallace, unless I stick in a totally different passage. And, then I write like Sir Arthur Conan Doyle. How fascinating.

We have been plagued by racoons and skunks this summer. Our garden is taking a real beating from these pesky mammals. And I do love some of those microclimates out your way. I was longing for Tomales Bay as I sat sweating the other day.

I took the test. It said I write like Rudyard Kipling. It lies.

Two cats got seven mousies and five got two.

Brilliant, but depressed and suicidal. I'm not feeling good about this!

I can think of worse writers than Arthur C Clark. Knitting to Rama anyone? I'll be waiting for your novel.

Hez is CHEESED about the raccoon!

Roger Ebert has been tweeting about this "Who Do You Write Like" thing --- he says almost everyone he knows has been coming up with the same three people.

Hez looks so nice next to the marigolds! Kevin loved most of those things about the Bay Area too. The new library looks very inviting.

You are a very lucky sister :)

Oh goodness, yes, how is it that those columns of same numbers come back differently so many times????
;)
Hez looks ticked. Don't blame her. Wicked raccoons.
;(
LOVE your 10 on Tuesday...I should have done that one just on general principle. I love my town.
Your's sounds delightful.
(((((Hugs)))))

Your 9 is my number 1 - I couldn't give up the mild weather for anything.

Wha...? You have funny and amusing tourists?? Hee hee... You should see the racoons here. Rude little bums come right up to the back door, and try to suck up to the gatekeepers. They're not even disturbed when they see me. What a life...

Ooh, I just tried to ferry from Vallejo to the Giants ballpark this weekend, and was that ever great! Loving the ferries - why didn't I think of that before? What is this yarn bowl of which you speak?

I love your list! I'm with you on so many of those things; I miss them very much from down here (especially good quirky indie bookstores). Harry Dresden is such fun, isn't he?

can we trade tourists? o.O

Okay, I'm a bit troubled considering your profession that you are having problems summing 6 numbers. Just saying.

Brothers who buy yarn are quite cool.

Hmmmm...tourists being a positive thing? This is such a foreign concept to me. And I bet Hez would agree considering how she reacted to her tourist.

I always add numbers up incorrectly, too- and I used to be an accountant!

Don't be surprised if you find me on your doorstep with a suitcase, one day.

Hez is looking so darn cute! And I agree, lovely yarn. I'm on a sewing and knitting kick, I'm starting to notice skeins more these days. LOL.

Carrie- Did Hez hoover or hover?

Love the yarn, do you have any plans for it?