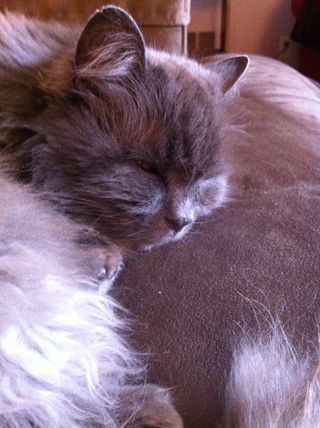 As in, think before speaking, slow down and focus. Naturally I assumed that this meant I would become graceful, calm, cool, collected and wise. Ah, the power of a single word. It just doesn't have the magic it used to.

But it is a word I'd like to keep as a touchstone this year.

1350–1400;  ME < L dēlīberātus  (ptp. of dēlīberāre  to consider), equiv. to dē- de-  + līber ( āre ) to balance, weigh (deriv. of lībra  balance, scales) + -ātus -ate
Synonyms
1. purposeful; willful. Deliberate, intentional, premeditated, voluntary  refer to something not happening by chance. Deliberate is applied to what is done not hastily but with full realization of what one is doing. Premeditated is applied to what has been planned in advance. Voluntary is applied to what is done by a definite exercise of the will and not because of outward pressures: a voluntary enlistment. 2.methodical, thoughtful, circumspect, cautious. 3. See slow 4. ponder. 5. cogitate, ruminate.
Antonyms
1.  accidental. 2.  impulsive, precipitate.

We'll see. Hopefully this year will be a little more balanced in that I won't be working a million hours a week all year long. I think I've seen my best friends a total of ten times combined last year. 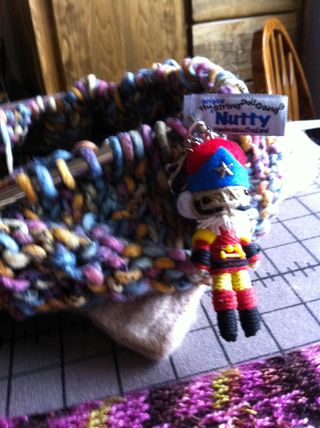 Here's a fun little New Year's meme I found at Margaret's Books Please. I've used titles from my 2010 books read. (Eighty three (83) total, two read halfway then skimmed through, one read and trashed, all but 12 by virtue of my library card and those 12 were from my shelves! It can be done! I wouldn't have believed it. The oldest one was written in 1900, The History of Civilisation Vol 1, edited by Crane Brinton, followed by Margery Sharpe's 1937's The Nutmeg Tree. Sixteen (16) written in 2010, due, no doubt, to the lure of the New Book section by the check out counter.)

I’ve made a resolution to: Bury Your Dead (Louise Penny)

I plan to quit my habit of: Changes (Jim Butcher)

I hope I’ll get to visit: The Emperor of Ocean Park (Stephen L Carter)

One project I didn’t finish last year but want to finish this year is:  Reality Dysfunction (Peter Hamilton)

I want to learn:  Liar's Poker: Rising Through the Wreckage on Wall Street (Michael Lewis)

My biggest dream for the year is:  Laced With Magic (Barbara Bretton)

I hope I don’t end up: Breaking out of Bedlam (Leslie Larson)

I’ll probably spend a lot of time: Not For Profit: Why Democracy Needs the Humanities (Martha Nussbaum)

Love it! I'm interested in that Nussbaum title -- I've read a few of her essays as well as "The Therapy of Desire."

Wait, deliberate is a synonym for deliberate?! Um.

Deliberate is a good thought. When I see the word defined like that, it reminds me of Brown vs. Board of Education and Thurgood Marshall saying 'you know what deliberate means? It means SLOW.' Fun to see the range of definitions and some books to check out. Did you enjoy Wolf Hall?

How 'bout - I deliberately did not pack anything in advance, because I wanted to make my life oh.so.difficult. Does that work?!

I hope you don't end up breaking out of Bedlam, too. That means you'd half to be in it.

Amen for balance! I hope for the same thing, although I think it probably won't be a possibility. But we can at least strive for it.

Deliberate is a great watchword. Great meme. Unfortunately, I didn't read enough this past year.

Balance is good. I've missed you this past year. :D

What's blocking under the big chunky wool thing you're knitting?

Carrie- How do you keep track of what books you've read? Is it deliberate?

Deliberate is an excellent word to use as a touchstone! My touchstone is a fortune cookie saying: Approach all areas of life with a bold enthusiasm this year.

Deliberate. I like that! I think that goes along with my plan to keep working on being more mindful. One day at a time...

Deliberate is a good word! I'm very much enjoying seeing the words people are choosing to keep with them this year. :)

Here's to a more balanced year for all of us!

Sheesh, HAVE to be in it, not HALF. You'd think I'm getting old or something.

Fun MEME! I'm stealing it for my next blog post...

Deliberate is a great word for the new year. I am deliberating the meme at the moment (to do or not to do?), because I have another meme plus a million other blog post ideas I want to do at the moment. But I will deliberately tell you that I love the meme and your answers to it.

I love your word choice. It's perfect. (and it looks like Hez is already practicing it!).