Rain on Tuesday /100 Degrees by Sunday. On the average, it's good weather. Not the best angle. Too late at night for a good light ....  but check out the shadow of the new tree by the window. Gnarly. I think the tree is going to get moved though - it looks way too close to the house.

At least it has branches that naturally point to the sky. The gardener has landscaped all our fruitless mulberries in the front yard into basically a cat's lion cut. Hate it. I like leafy overhanging branches, not trees that are manicured into a phallic symbol. 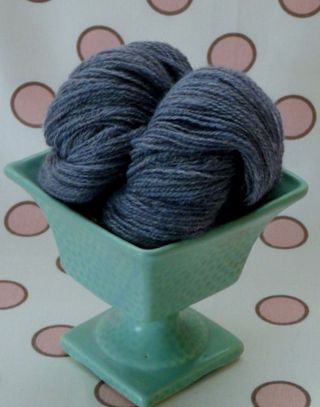 KNITTING: After basking in the glow that was finishing Curve of Pursuit and I'm back to my bad old ways of finishing nothing, starting many and tweaking some sweaters that haven't really worked. Apparently this slows progress. Who knew?

Oh, and just to clarify, I begged the gorgeous picture of fibery goodness from The Cupcake Fiber Co  and was graciously granted the use of said photo by the Cupcake's Fairy Godknitter and it was spun up by Cookie.  One of these days I'm going to learn to spin, but I haven't yet. And I just wish I'll be that good.

BOOKS: Saturday I tore through Godmother: The Untold Cinderella Story by Carolyn Turgeon that Emily of Telecommuter Talk read and reviewed, not very favorably. I might have liked it more than she did.... but not by much.

I do love re-imagined/retold fairy tales but I was expecting more magical realism than realism. The book is told by Lil, Cinderella's Fairy Godmother, who for her sins, (she had fallen in love with the Prince herself) has been banished to human form. I suppose it could be a fable about dealing with loss of all kinds, youth, beauty, love, but in keeping Lil's secrets, her author has to keep the tale murky. More than likely I'll be reading Mermaid soon. She's got interesting ideas.

I was recently introduced to Alain de Botton via his lecture on Pessimism at The School of Life on Pessimism through Jodi of Caffeinated Yarn's link. (And not, say, at a tea, worse luck). I'll try not to quote too extensively from The Pleasures & Sorrows of Work, a photo-essay philosophical and physical exploration on various endeavors from biscuit manufacture 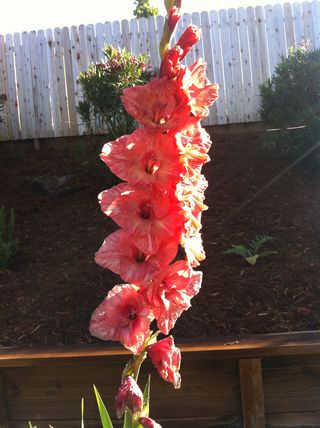 (English for cookies), cargo shipping to accountancy..... but it's going to be difficult. I was really enamoured of this book and Alain's dry wit.

Let's see..... "It seemed that one might squander one's life chances because of a high-handed disdain for books with titles such as The Will to Succeed, believing that one was above their shrill slogans of encouragement. One might be doomed not by a lack of talent, but by a species of pessimistic pride."

It does explain so much.

And my favorite: "Levels of commitment that in previous societies were devoted to military adventures and religious intoxication have been channelled into numerical needlework."

I'm reading his Architecture of Happiness.

Joy For Beginners was a quick cozy read. It was a bit simplistic - i was bristling by the end of it that Karen could come up with challenges for her friends that would change their lives - from learning to bake bread to traveling alone, but I suppose your friends really do know 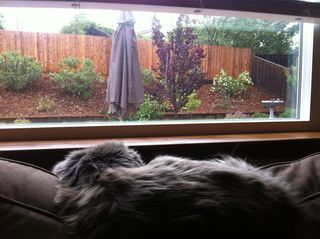 you better than you do yourself. She had survived cancer and her daughter wanted to take her on a white rafting trip. She agreed to go - if her friends would also meet a personal challenge.

Poor Hez. She was so annoyed at me for making her stay inside yesterday. I even stalked and trapped her at the neighbor's and carried her into the house - the indignity! the horror! She was NOT mollified by the all day rain. She probably thinks I made it rain on purpose to thwart her.

That cat sure looks pissed off. How about a picture of those trees?

Yeah, the tree can't stay there. Way too close to the house.

Your gladiolas are pretty! What kind of tree did you get? 100 degrees is way too hot. I like my days 80 degrees or cooler. But we've got a heat warning up for Thursday and Friday expecting 90s and very humid. Ugh. I love Alain de Botton!

Our weather forecast isn't much different.

I hope you have better luck with the tomato spiraly-thingy than I did.

We are supposed to hit close to 100 and humid today. UGH. OK, this is the 3rd time I've read something about Alain de Botton, so that means time to check him out. Numerical Needlework indeed.

Well, of course the rain was your fault! You live with a cat. EVERYTHING is your fault. I, too, do not understand why people need to trim trees in godawful ways. Love your yard. Mine is nothing but weeds. And I adore a witty turn of phrase. Adore. It.

Okay, I'll have to listen to the Alain de Botton, since you like it and you're a pretty good barometer. Personally, I wouldn't mind trees shaped like phallic symbols, but that's just me. Sort of big arboreal middle fingers to the world. Why on earth would you want to spend your limited time spinning when you can get someone else to do it for you?

the problem with learning to spin, is then you decide to learn to weave, and then you have to manage your time between multiple crafts and it gets to be difficult to find time, then you have to quit your job, live in a box, and then where do you keep all your yarn?

Does Hez go looking for the Door Into Summer on rainy days? Our cats do, and then look at us indignantly when they fail to find it. ("What have you done with the SUN?!")

Your garden looks gorgeous :) I'm sure Hez will forgive you soon enough, particularly in tuna is promised.

Carrie- How do you move trees?

I like a more natural, wild garden. Because, well, I'm lazy.