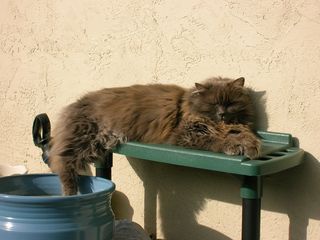 THE SLOTH by Theodore Roethke

In moving-slow he has no Peer.
You ask him something in his Ear,
He thinks about it for a Year;

And, then, before he says a Word
There, upside down (unlike a Bird),
He will assume that you have Heard-

A most Ex-as-per-at-ing Lug.
But should you call his manner Smug,
He'll sigh and give his Branch a Hug;

Then off again to Sleep he goes,
Still swaying gently by his Toes,
And you just know he knows he knows.

Poem For People That Are Understandably Too Busy To Read Poetry by Stephen Dunn
Relax. This won't last long.
Or if it does, or if the lines
make you sleepy or bored,
give in to sleep, turn on
the T.V., deal the cards. 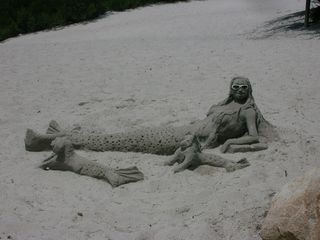 This poem is built to withstand
such things. Its feelings
cannot be hurt. They exist
somewhere in the poet,
and I am far away.
Pick it up anytime. Start it
in the middle if you wish.
It is as approachable as melodrama,
and can offer you violence
if it is violence you like. Look,
there's a man on a sidewalk;
the way his leg is quivering
he'll never be the same again.
This is your poem
and I know you're busy at the office
or the kids are into your last nerve.
Maybe it's sex you've always wanted.
Well, they lie together
like the party's unbuttoned coats,
slumped on the bed
waiting for drunken arms to move them.
I don't think you want me to go on;
everyone has his expectations, but this
is a poem for the entire family.
Right now, Budweiser
is dripping from a waterfall,
deodorants are hissing into armpits
of people you resemble,
and the two lovers are dressing now,
saying farewell.
I don't know what music this poem
can come up with, but clearly
it's needed. For it's apparent
they will never see each other again
and we need music for this
because there was never music when he or she
left you standing on the corner.
You see, I want this poem to be nicer
than life. I want you to look at it
when anxiety zigzags your stomach
and the last tranquilizer is gone
and you need someone to tell you
I'll be here when you want me
like the sound inside a shell.
The poem is saying that to you now.
But don't give anything for this poem.
It doesn't expect much. It will never say more
than listening can explain.
Just keep it in your attache case
or in your house. And if you're not asleep
by now, or bored beyond sense,
the poem wants you to laugh. Laugh at
yourself, laugh at this poem, at all poetry.
Come on:

Good. Now here's what poetry can do.

Imagine yourself a caterpillar.
There's an awful shrug and, suddenly,
You're beautiful for as long as you live.

I have to admit I'm not the biggest poetry reader. I loved the first and was a little confused by the second. Are there clift notes?

(By the way, your title... is it supposed to be Poestry or Poetry) Didn't know if it was something clever and poetry based and I was too dumb to know otherwise.

You need to educate to the world of poetry.

I especially like the photo of hez accompanying the Sloth poem :)

I like the Hez photo, particularly! (but you knew I would)
I didn't participate this year...it's been a rough week.
(((hugs)))

I can't decide which I like best, the cat or his song! :)

I've read the Sloth before, but LOVED the second one. Thanks.

Had to dash over to see which Vonnegut you read. Oh. I haven't even heard of that one! I like the sloth poem. I have seen a sloth (in Costa Rica). It had moss on its back. They make old cats look energetic.

Are you making disparaging poetic remarks about Hez? I'm telling.

Brenna is fine. Bruised and battered and shaken up, but she walked away and that's what counts.

I like them. And I love the second photo - where is that from?!

You always find the best poems. I bow to your superior poem-finding skills.

Love the beautiful sunbathers. Liked the first poem. The second is stretching me. :D Where's my mindless fiction?!

Those last three lines are going to do me more good than you can imagine. Thank you.

Wonderful poems! I can't imagine that Hez is comfortable with her legs dangling like that :)

Sloth? Hez? Yeah, I'm seeing it! I'm not a huge poetry reader...but these two are more my style!