Not my speed! I've been told I drive "like a little old lady".  I thought I'd be able to knit but not so much, squeezing my eyes shut and stomping on the passenger brake. (It doesn't do much.). (Okay, the average was the average speed but we were on some l-o-n-g stretches of road.)

Eastern Oregon and Southwest Idaho are pretty much high desert. We drove through what had been a huge fire outside of the border four days previously - 530,000 acres - that was just chilling.

The wedding was fun - it rains in Idaho! It rained after the ceremony and almost after dinner - it felt pretty nice because it was probably still 90 degrees at 7:30 at night. When it rained again during the first dance, we bailed. After all, being sugar, I could melt.

The next big trip in my future is a trip to the hospital - I went to the doctor for a cortisone shot thinking I was getting the beginnings of arthritis and lo and behold, I have spondylolisthesis complicated by a cyst crowding my spinal column. So 4-5 days there, 6-8 weeks at home (possibly) and 3-6 mos recovery.  The very first thing my mother said to me? "Good thing we moved all the furniture already." True. It looks so good.

The Pendleton Factory in Pendleton, OR. 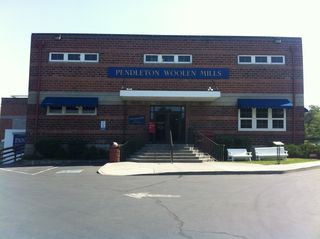 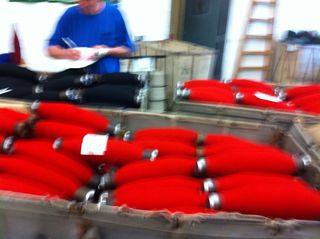 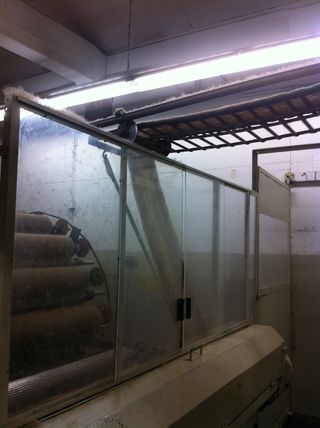 I bought a blanket. No wool for sale! Boo. 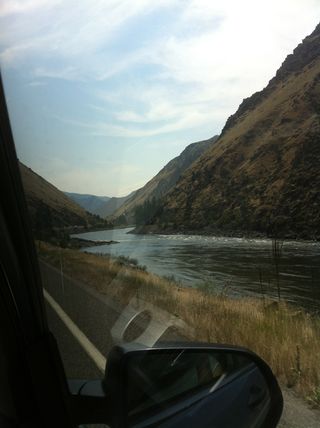 Other than that, it's been all about catching up and getting ahead so it won't be too crazy while I'm recuperating. On vacation I took my mom's copy of Charlotte Armstrong's book The Protege, written in 1970 that was pretty good. Nicely psychological with no mass serial killers, just old fashioned murder-for-a-reason. Even a bad reason.

And someone wanted a carbon copy of an itinerary! That takes me back. A used bookstore in Pendleton had The Turret Room and Dream of a Fair Woman, both good but I liked The Protege best. It was refreshing to have a 74 year old woman protagonist that wasn't portrayed as a dotty old woman but was fully fleshed out. Her son and her daughter and the Protege himself motivations seem differnt than modern day standards.

Right now I'm reading "How To Live Safely in a Science Fictional Universe" by Charles Yu. I just want to blockquote all of it.