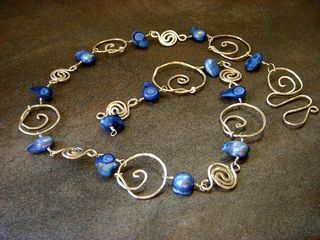 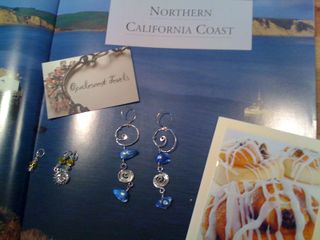 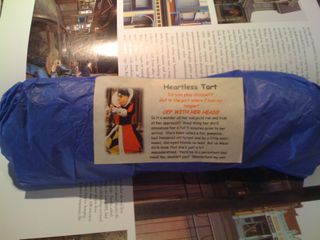 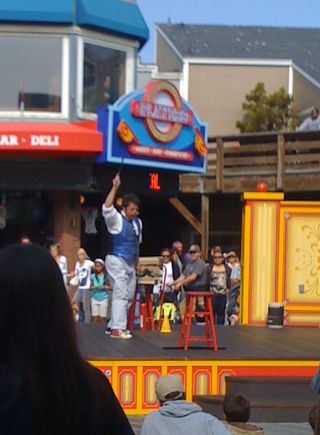 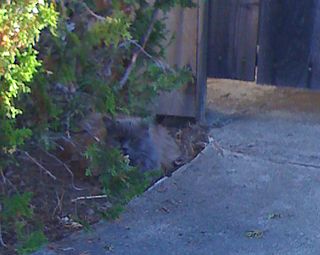 It Had Better Be Friday

Because I am DONE with this week. (Well, it was Friday. I'm good with it being Saturday. Can it stay Saturday?) 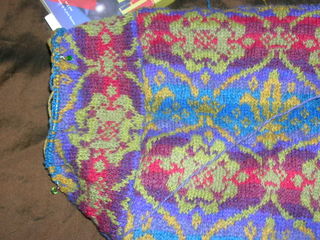 I've spent the better part of the last three weeks packing up the old office and unpacking in the new office (which I love. I have a HUGE desk now, most of whose surface is pretty much covered as usual but more spaciously.) But yikes, what a PITA. Not only was I having to do actual physical labor, I had no online access the first week and It turns out I had practically no work access either because most of my programs are web based. Who knew? And then new wireless mouse and keyboard were giving me fits. I was practicing a little percussive maintenance on the mouse when I finally tried new batteries last night. Oddly enough, new batteries were helpful.

Now I'm spending the better part of my days trying to get all the non profits done by next Monday and then, hopefully catching up on my blogs. Google Reader has declared that the latest shall be first. (Okay, I can actually change that, but it's handy. I lurve Google Reader. But wow, posting is out of control this month. What happened? it got dark and everyone took to their computer?).

TV: Life moved to 9pm on Wednesdays. The show might be on the bubble but it's pretty good. They can't think too badly of it, moving it to Wednesday from a Friday-Night-Kill-This-Show slot, where Fox is putting The Sarah Conner Chronicles next week. I can't say I blame Fox, while I'm still watching the show, I mostly feel like slapping John Conner upside the head and sending him to his room. Who wants to watch some mewling whiny teenager? Save the world, moron.

I hear My Own Worst Enemy was cancelled. That's another show I wanted to like and was watching but really made no sense at all. Sons of Anarchy is my new favorite show. [Warning, that page has a loading time and a really, really annoying chugging soundtrack] And LIfe on Mars is the other, although I really wish I could see the BBC version.  I'm also being forced to watch Gray's Anatomy for Kevin McKidd who was just added as a series regular. 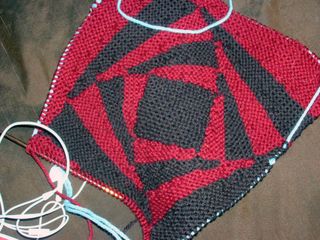 Knitting: There's some progress on Mary Tudor's sleeve, amazingly enough.  Have I shown a picture of the beaded scarf Joan sent me? A little progress there too. (Not that you can tell by the terrible lighting and it'll need to be blocked when I'm done, but the beads!) The cabled cardigan is seamed and the collar safety pinned on while I figure out how to attach it (I want a reversible kind of i-cord).

A mindless knit  was required for a Knitting Retreat aka Continuing Education last Monday and since I cannibalized the original Curve of Pursuit yarn for the cable cardigan, I picked up some burgundy Cascade 220. I wanted burgundy in the first place but the LYS didn't have any. [Yes, that flaming red is dark burgundy IRL]. And I'm surreptiously knitting on the super secret cable scarf for my SIL (hopefully she likes hunter green but there is no way I'm knitting that pattern in black, you'd never see the cable work). 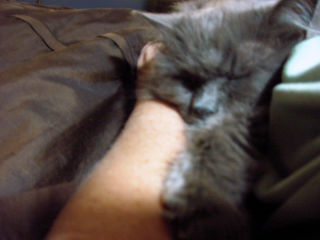 The stupid weather is back into the 80's - I want winter! But I'm loving Standard Time.  I drove over the Benicia Bridge right around 5:30pm and the full moon was just enormous, lighting up the Mothball Fleet and the Suisun Bay. Glorious. I'd've taken a picture except for the whole life threatening aspect of it.

The Wolfman by Nicholas Pekearo. A werewolf with a conscience. Grittier than most but an excellent read.

The Last Queen by C W Gortner. A fictionalized account of the life of Juana of Castile, aka Juana the Mad. I knew she was Catherine of Aragon's sister and therefore Henry VIII's sister in law and that she was madly in love with her husband but I hadn't realized just how long she had lived or how her children were raised. Interesting. 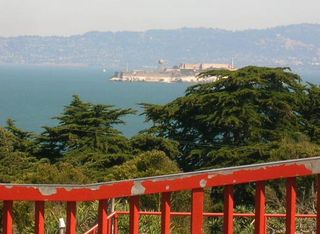 The Habsburgs: Embodying Empire by Andrew Wheatcroft. I'd picked the book up to find out more about Philip, Juana's husband but they were barely mentioned. The Habsburgs? were a wee crazy.

The Suspicions of Mr Whicher by Kate Summerscale. I was practically halfway through this book before I realized it was non fiction. It did read a bit dryly but I thought that was a novel choice. It's the story of an unsolved crime involving a young child in 1860.  - Wilkie Collin's The Moonstone was loosely based on the crime. The beginning of the Age of the Detective and the last gasp of a man's home was his castle.

The Plague Tales by Ann Benson. The book tells the story from alternating viewpoints of a 14th century Jewish doctor Alejandro Canches (Hernandez)  in the court of Edward III and Janie Crowe, a doctor living  in a futuristic 2005 (the book was written in 1997), a post newfangled plague world where millions have already died from a mysterious flu - which makes the 2005 characters actions particularly perplexing, however they did move the plot along.  A not half bad read (thanks to Alejandro) but The Doomsday Book by Connie Willis along similar lines was far better.

Poison Pen by Sharon Lowe, the first in a new mystery series featuring Claudia Rose, a graphologist (as is the author). The book was a fun romp, after I got over Lindsay Alexander being bad, more or less. [It took me awhile to realize I kept thinking of the Alexander Lindsay Wildlife Museum that has evidently dropped the "Alexander"], Peculiarly enough, I keep trying to analyse my handwriting now.

The Optimist's Daugher by Eudora Welty Bridget reviewed this book (back in early Sept if you want to look up her original review), thought I might enjoy it, and she was right. It's a short story about a young widow dealing with her younger stepmother and her life during her father's final days and funeral. It's hard to describe (for me, coherently, like everthing else)  but I came away feeling that I knew so much more than the story seemed to say. Eudora Welty was a genius.

Okay all that and it's all TV, books and some knitting pix? Harumph.